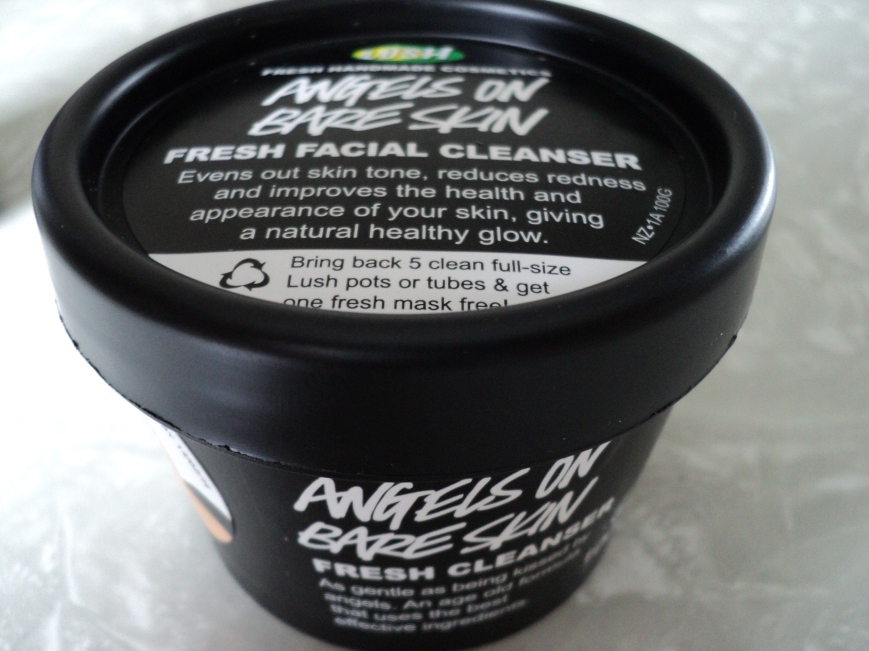 Angels on Bare Skin is a solid cleanser for gentle skin by Lush.  When I say a ‘solid cleanser’, that means you take a pea sized piece of the cleanser and mix it with a small amount of water to make a paste and then apply to skin.  The cleanser is inspired by a medieval recipe with rose and lavender and it looks and smells a little medieval to be honest but don’t let the smell/appearance put you off.

Once mixed with water the cleanser has small granules to gently exfoliate the skin.  As someone who has perpetually sensitive skin as well as combination skin, I was unsure how my skin would react to this cleanser but just after a few washes my skin felt softer, less agitated and had none of the tightness other cleansers had caused. 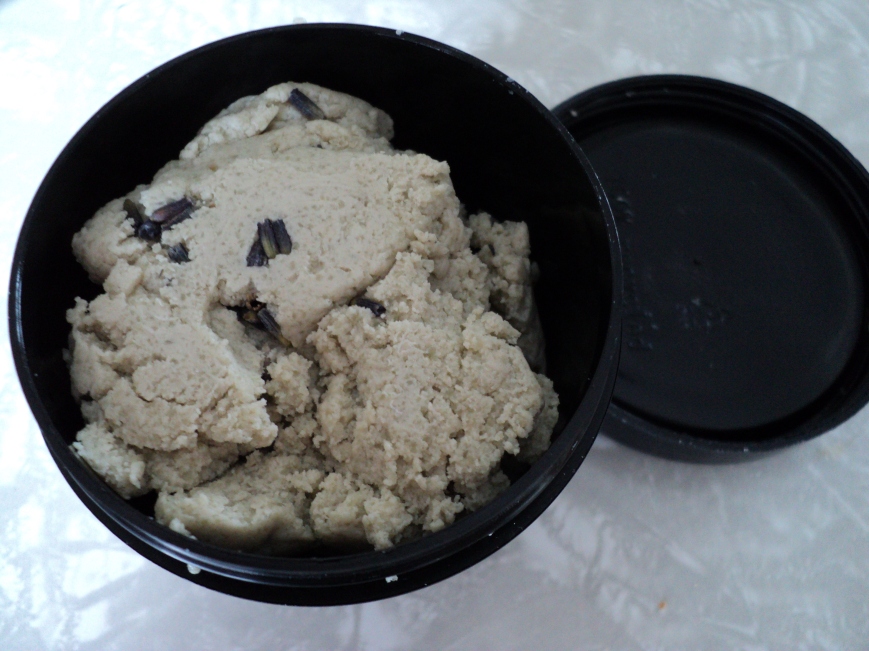 While the cleanser looks a little scary in the pot, it really does do everything it says on the pot.  Another perk is that a little of the cleanser goes a long way.

© Tania Maree and taniamaree.wordpress.com. 2011. Unauthorized use and/or duplication of this material without express and written permission from this blog’s author and/or owner is strictly prohibited. Excerpts and links may be used, provided that full and clear credit is given to Tania Maree and taniamaree.wordpress.com with appropriate and specific direction to the original content.
All images within the created inspiration boards ie: Movie Monday, Fashion Friday etc belong to their respective owners. They do not belong to me and remain the property of their respective owners.